Posted at 08:02h in MultiChannel Fulfillment, Warehousing and Distribution by kable 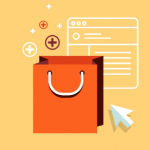 When Amazon announced its Fulfillment by Amazon (FBA) program a few years ago, it changed the way its sellers were able to fulfill and ship their products.  Instead of merchants finding a warehouse to store inventory and then paying people to pick, pack and ship it, Amazon would take care of the whole fulfillment process.  It was an efficient way to get the product to the customer quickly and affordably.

The FBA program enabled small sellers especially, to fulfill shipping needs with little effort.  Merchants were able to add to their inventory when they needed to and could split the shipment to various fulfillment centers, depending on the product.  Many sellers found the process to be easy and user-friendly, with quick receiving times at Amazon Fulfillment Centers.

Amazon also featured their FBA products in front on the Amazon Prime members, leading to higher sales conversion numbers—-a win for both the seller and Amazon.  Last year, sellers worldwide using the FBA service grew more than 50 percent as compared to the previous year.

Due to the popularity of this program, Amazon’s warehouse space began filling up, despite building new regional warehouses throughout the country and numerous efforts to clean out its fulfillment centers.  In 2015, Amazon shortened the Long-Term Storage duration to six months so sellers were paying fees on any inventory that remained in FBA for longer than that time, but that still did not help create space.

In an effort to make more room in its centers, Amazon has recently started rejecting certain ASIN’s that do not perform well.  Amazon added a new field in the Inventory Health Report labeled, “ASIN Limit”.  This field will show an ASIN’s status when Amazon places an inventory capacity limit on an item.  A seller should be able to see if a particular ASIN has FBA limits before replenishing inventory.

If you are a seller who has received the following message, you were probably quite surprised, as this change to the program came without warning:  “You are already at maximum inventory allowed for this product, due to capacity or other restrictions.  This product must be removed from this shipment.”

Amazon has confirmed that a low sales threshold item will not be allowed to be shipped to a Fulfillment Center until it meets the sales threshold, but the company has not given specifics about what those thresholds are.  Therefore, sellers have unexpectedly received the message with little recourse.

Some sellers, however, have reported that high-volume items with Best Seller Ranks and are running low on inventory, have also been rejected for FBA shipment.  Some have not been allowed to send any of the ASIN, and some were only allowed to send a reduced amount.   There seems to be no logic to the ASIN’s that Amazon is rejecting, leaving many sellers concerned.

For those sellers who use FBA exclusively for fulfillment services, there are very few options to get their product out to customers:

The ease and efficiency in which merchants could replenish stock seems to be replaced by a stringent system that will most likely result in delayed fulfillment, back orders, and frustration on the part of both sellers and customers.   As a seller, it might be a good time to analyze non-performing inventory and reconsider other fulfillment options.