Amazon’s Solution to Its At-Capacity Warehouses

Posted at 13:52h in Warehousing and Distribution by kable

As the world’s largest online marketplace, Amazon fills countless orders daily.  The company’s FBA program enables merchants to use Amazon as a fulfillment partner.  During 2015, sellers utilizing the FBA program grew over 50% as compa 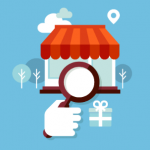 red to 2014.  Amazon sellers from more than 100 countries fulfilled orders to customers in 185 countries.

As the numbers for this program continue to grow, Amazon became aware that its warehouses were rapidly reaching capacity, and took measures to prevent it.   The company shortened its Long-Term Storage duration to six months so sellers were required to pay a fee for inventory older than six months.

This had little impact on the amount of space in the fulfillment centers, even when Amazon extended the amount of time that sellers could recall and then send back inventory.   Faced with a situation of completely filled warehouses, Amazon realized they would have to put more drastic measures in place for 2016.

Amazon has started to reject inventory replenishment requests for those slower-moving, non-selling ASIN’s.  Many sellers on the website have been surprised to receive the message that they are not allowed to ship a certain product to a warehouse.  And, even some sellers with fast-moving, best-selling products have been receiving the “Do Not Ship” message, although their inventory is running low.

This move by Amazon raises concerns for sellers, who cannot figure out the reasons why some ASIN’s are being flagged, while others are not.  Some sellers have not been able to send in any quantity of a certain ASIN, which could create a back-order situation for customers.

There are several other limitations with this new approach to reduce the amount of inventory being sent to the fulfillment centers.

If a product receives a sudden boost in sales, for example, after being featured in a magazine or getting a celebrity endorsement, Amazon will not be able to fill those orders if this is a limited ASIN.  The merchant might be able to fill it themselves, provided they have the space, manpower, and bandwidth to do so.

Amazon is currently rejecting all ASIN’s that sellers have never shipped into Amazon.  So, if a seller has a new product they would like to use the FBA program for, they will have to find another way to fulfill these orders, even if their entire product line is currently being fulfilled by Amazon.   There is no preferential treatment for the current FBA sellers.

Amazon is also not accepting any ASIN’s for private label products that have not been fulfilled by Amazon before.  The company will analyze similar products, and if determined to be a low-selling product, that new product will be rejected as well.  Again, the merchant will need to fulfill the order themselves or find a new shipping channel.

For those sellers in the FBA program, their products are featured to the Amazon Prime members, increasing the sales conversion numbers.  Sales numbers will suffer as well for those items that can no longer participate in the program.

As Amazon fine-tunes their limitations on shipping product to their fulfillment centers, it will be interesting to see if this alleviates the full warehouses issue.  If not, Amazon may be forced to take other measures to reduce inventory yet ensure quick fulfillment turnaround times.